Today’s football superstars Lionel Messi and Cristiano Ronaldo “could not even dream” of being admired as much as Diego Maradona was, says his former Argentina team-mate Ossie Ardiles.

Three days of national mourning have begun in Argentina after Maradona died on Wednesday at the age of 60.

His body will lie in state at the Casa Rosada, the presidential palace in Buenos Aires, during that time.

“To be Diego Maradona was incredibly beautiful,” Ardiles told the BBC.

“But on the other hand, it was not easy at all. Right from a really early age, he was subject to the press all the time. He didn’t have a normal childhood, he never had normal teenage years.

Maradona, who played for clubs including Barcelona and Napoli, was captain when Argentina won the 1986 World Cup, scoring the famous ‘Hand of God’ goal against England in the quarter-finals.

Former Tottenham midfielder Ardiles, who played alongside Maradona at the 1982 World Cup, said he was “a god” in Argentina, in Naples and all around the world.

“He will be remembered as a genius in football,” he added. “You can see the extraordinary amount of interest that he generates.

“People like [Juventus and Portugal striker] Ronaldo, or people like [Barcelona and Argentina forward] Messi, they couldn’t even dream of having this kind of admiration.

“That was the Maradona phenomenon – all the time.”

A post-mortem examination was due to take place on Maradona’s body later on Wednesday after he died at about midday local time at his home in Tigre, near Buenos Aires.

The former Argentina attacking midfielder and manager had successful surgery on a brain blood clot earlier in November and was to be treated for alcohol dependency.

A minute’s silence took place before Wednesday’s Champions League matches and the same will happen before all other European fixtures this week.

Messi and Ronaldo were among current players to pay tribute, while Brazilian football great Pele said he hoped one day they would “play ball together in the sky”.

“There was a banner in Argentina, one year ago, that I read that said: ‘No matter what you have done with your life, Diego, it matters what you do for our lives,'” former Barcelona and Bayern Munich boss Guardiola added.

“It expresses perfectly what this guy gave us. The man of joy and pleasure and his commitment for world football.”

Former Tottenham manager and Argentina defender Mauricio Pochettino said: “Broken with pain. Diego, you were my hero and friend. I was so fortunate to have shared football and life with you.”

The Vatican said Pope Francis, an Argentine and a football fan, would be remembering Maradona in his prayers.

Fans flocked to La Bombonera, Boca Juniors’ stadium in Buenos Aires, where many were in tears – despite, in the case of some, being too young to remember Maradona’s playing days.

They also congregated in the San Andres neighbourhood, where Maradona lived, and to La Plata, where he most recently was manager of local club Gimnasia y Esgrima.

Thousands of miles away, they also gathered outside Napoli’s San Paolo stadium, which was lit up in tribute to the man who scored 81 goals in 188 appearances for the Italian club.

Fireworks erupted in the sky as those below, clad in Maradona shirts and even Maradona face masks, chanted and wept.

Maradona wasn’t just a sportsman for Argentinians, he was an icon, a political player and of course, a loveable rogue. There is deep sadness as people prepare to pay their respects to their superstar footballer.

But his influence goes beyond Argentina – South Americans are proud of their footballing heritage so this news has resonated across the region.

In neighbouring Brazil, where their man Pele vied for the title of world’s best footballer, Maradona’s death was headline news – much of the rivalry between the two countries can be put down to the two players, such is the passion for the beautiful came here.

But rivalry was put aside with Pele paying tribute to Maradona as a dear friend.

“One day, I hope, we will have a kick about together in heaven,” he said.

A statement from Napoli said: “Everyone is waiting for our words but what words could we possibly use for a pain such as this that we are going through?

“We are in mourning. We feel like a boxer who has been knocked out. We are in shock. A devastating blow for both city and club.”

A day of mourning will take place in Naples on Thursday.

The mayor of the city, Luigi de Magistris, has called for the Stadio San Paolo be renamed in honour of Maradona.

Speaking to BBC Radio 5 Live, Paul Elliott, who played against Maradona while at Pisa, said: “I have to say it was remarkable. There was a sublime talent that this man had, an aura, a presence, and you know when you feel a sense of energy.

“Napoli is a very poor part of the south of Italy, but their whole world was built around Maradona and Napoli.

“If you look at where the club was when he arrived, the impact of one man unequivocally was the key and the catalyst to the success that they had, and the way he just gave everybody hope.

“That was just by his remarkable, sublime talent.” 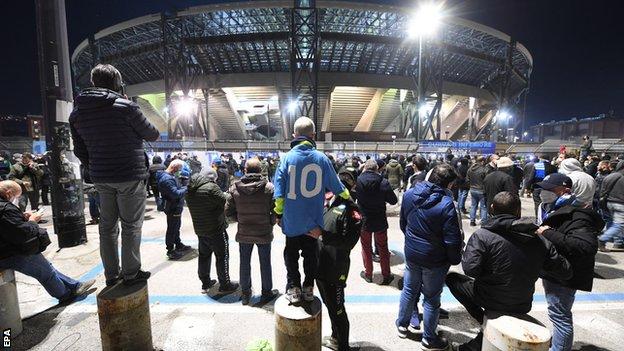 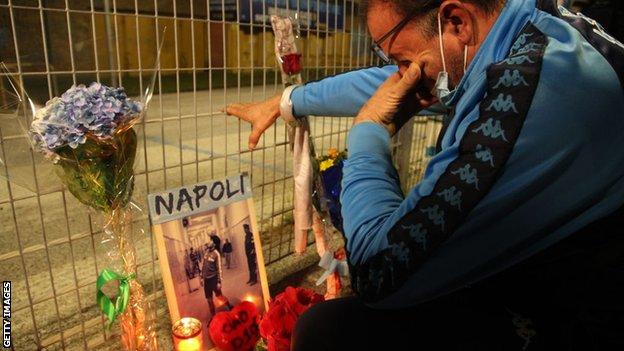 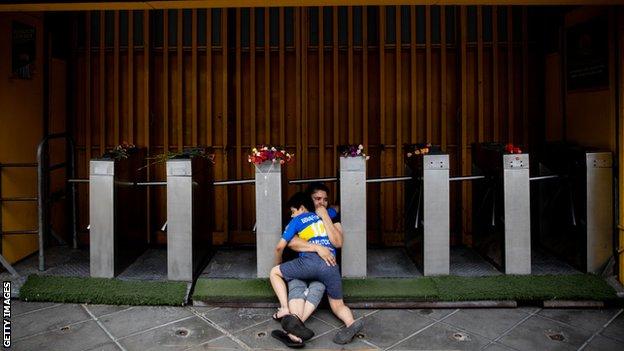 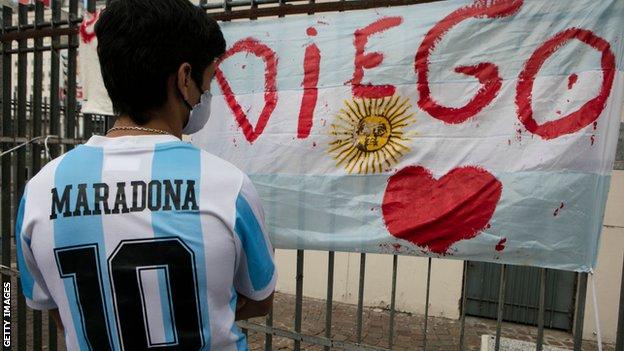 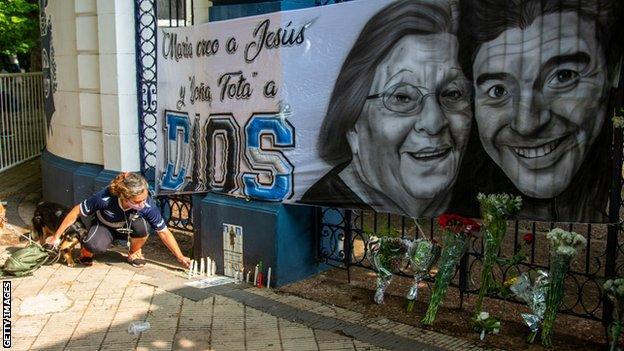 CoStar Group: Amazon, Facebook, Apple, Alphabet, and Microsoft together occupy around 589M square feet of US real estate, up 5x from a decade ago (Konrad Putzier/Wall Street Journal)